Ten members of our Group left Anna Kresge on Sunday, June 1 , 2014 headed for Red Bird Mission in Beverly, KY. We probably could have been mistaken for a Gypsy caravan as we left the parking lot pulling a large yellow covered trailer. We made excellent time and arrived at Red Bird Mission, at 3:45 PM, stopping for breaks and a meal along the way.We settled in to our rooms in Kingfisher Hall, ate supper and met with the remainder of our team from Andersonville ( TN ) UMC and Bradbury (Kingston, TN ) UMC. Our complete group numbered forty - five. Reverend Ralph Horak, Pastor at Andersonville UMC was our overall team leader.

Monday morning dawned bright and sunny. Following devotionals and breakfast we broke up and headed to our assigned work sited. The Kresge tea m worked on the Red Bird Campus renovating a Girls Dorm that had been unused for several years. Our goal was to hang, mud and sand new drywall and ceilings, install new bathtubs and surrounds, take o ut old cast iron piping, install new windows and remove linoleum floor covering that had been in place about 40 years. Before we began these tasks, it was necessary to spend about half o f Monday removing trash and junk from th e two story building. Monday afternoon, w e were joined by Allen, B o bbie, Lenora and Kaylee. Lenora and Kaylee were graduated Sunday, June 1, with honors from Cedartown High School. Our team was now at full strength.

This year, there were only three large groups at our Wo rk Camp session. The Andersonville UMC c om bined group was joined by teams from Lawrenceville (GA) UMC and Pineville (IN ) UMC. Total work campers assembled w e re 145. Our team was tasked with three separate jobs. Part of our combined group worked off site. The two o ff - site projects involved repairs to local resident’s homes. All Kresge members, plus several Andersonville members, worked on the Girls Dorm, located atop “Gnat Hill”. The hill is aptly named. We have never seen such a high population of gnats in any o ne location. The Dorm had been mostly gutted prior t o our arrival. A complete new upgraded electrical system was being installed along with all new plumbing. These two jobs were being done by contractors. The o ld water supply piping had been removed. We took out a large amount of old cast iron sewer and vent piping. We learned that Allen and C E ar e experts at cast iron demolition. The hardest job was to take the o ld linoleum up that had been down for 40+ years. Lenora and

Kaylee have the blisters on their hands to prove the difficulty of this task. Much work remains for following teams to tackle. The Dorm is to be ready for ccupancy August first.

Each day, before breakfast, we had a group devotional in the Cardinal Dining Hall. Devotional, as well as KP duty rotated daily. With only three groups on site and most of the team working off-site, we drew an inordinate number of KP assignments.

One thing we did not have to worry about was meals. With the exception of Wednesday and Saturday morning, we had three excellent hot meals daily. The meals were good and plentiful. Leftovers were put in a refrigerator in the kitchen to allow midnight snacks to those so inclined. Wednesday, our off day, and Saturday, departure day, breakfast was cereal, fruit, juice, milk and occasionally oatmeal. Coffee, tea, hot chocolate, lemonade and punch were available 24 hours per day in Cardinal House.

Wednesday is set aside to tour attractions in the area. Our group split. Some went to Berea, KY, and had a great time visiting stores and shops there. The rest of us went to Stearns, KY, and rode the Big South Fork Scenic Railway down into the valley of the Big South Fork of the Cumberland River to the Blue Heron Mine National Park. Following the train ride, we drove to Corbin, KY, and ate dinner at the Sanders Café, where Col. Harland Sanders developed his secret seasoning mix for Kentucky Fried Chicken.

Thursday morning, it was back to work. Bill went on a scrounging mission again this year and returned with a good wheel and tire to replace one stolen from our maroon Dodge van.

Nightly activities varied. Tuesday, we bought ice cream from the Red Bird VFD then some went to the craft store. Others sat around the fire pit. Every night we all gathered in the commons room at Kingfisher Hall and talked about our adventures and plan for the next day. This was probably the very highlight of the day as we really got to know all the other members of our AKUMC Team even better than we had thought possible. The camaraderie was magical. Working together can create a bond of friendship and trust that is very strong.

“Worked hard, ate good, many laughs and a great experience.” “I have to rest at least 15 minutes after climbing THAT hill!” “We are wasting daylight. Get to work!”

We held a Team Meeting and decided unanimously to apply for a separate Kresge UMC Team to work at Red Bird Mission in 2015. Our application was approved quickly by the Work Camp Director. Mark your calendars NOW. Anna Kresge UMC has a reservation and date set. We will be at Red Bird Mission June 21 – 27, 2015. Our goal is FORTY TEAM MEMBERS. Go with us for an experience that will inspire you.

WORKING AT RED BIRD MISSION IS SOMETHING YOU WILL NEVER FORGET. 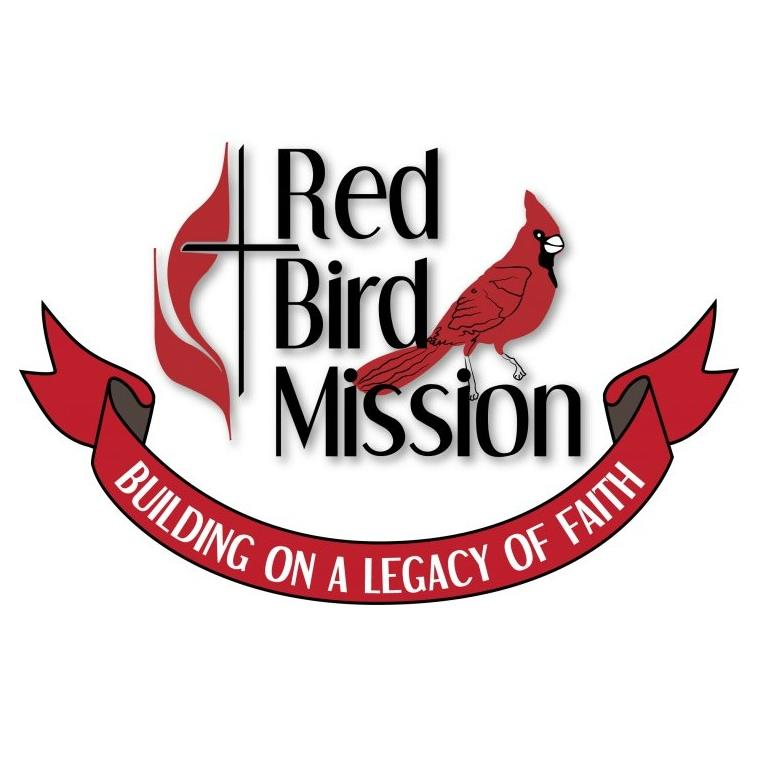